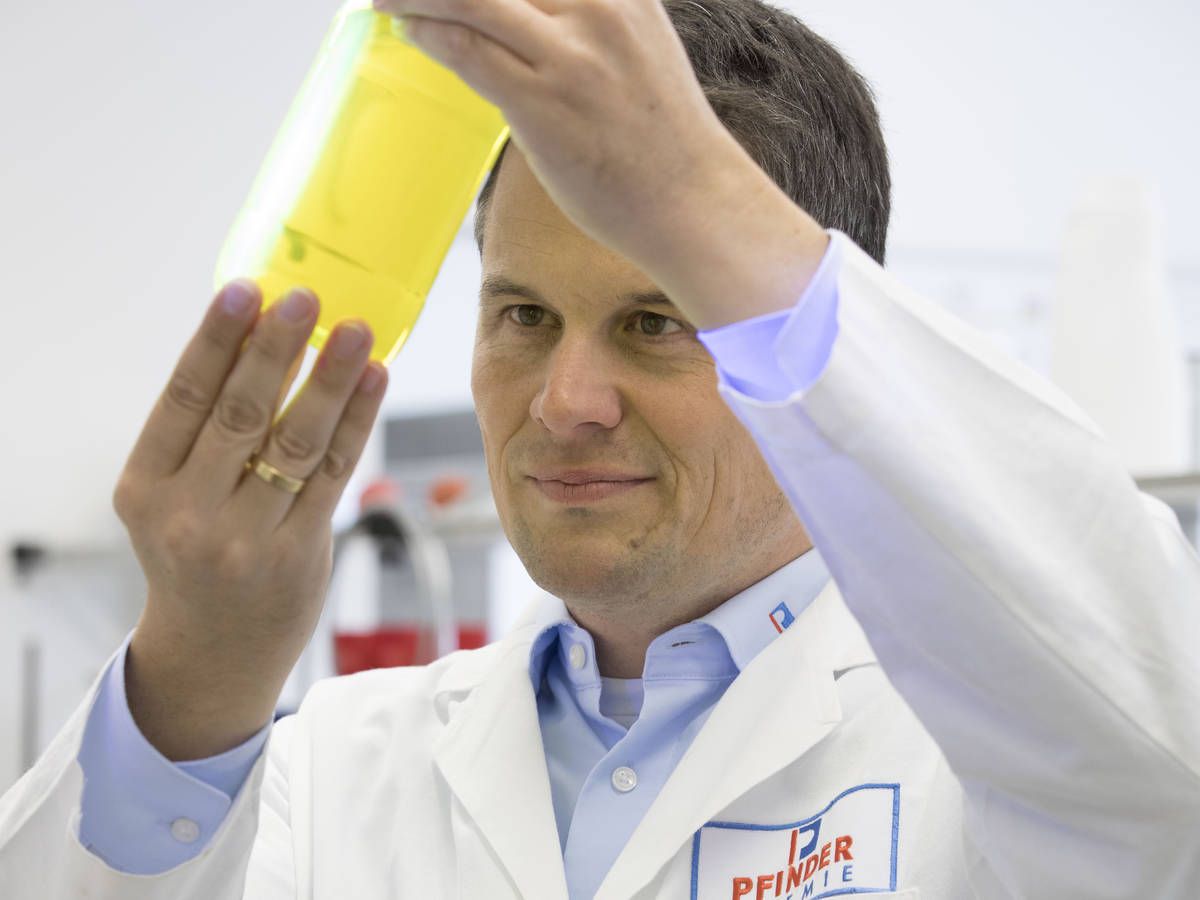 Ready for Bits and Bytes

Pfinder Chemie of Böblingen in Baden-Württemberg has demonstrated sufficiently its flexibility throughout the company’s history: founded in 1884 as a specialty manufacturer with the royal warrant as purveyor to the Wurttemberg court, it became a sought-after chemical enterprise. Today Pfinder Chemie is specialized in penetration and magnetic particle testing. This is an analogue field through and through.

“Today it really is not possible to digitalize these testing procedures. Currently no camera and software can replace the work of the examiner’s eye. However we are working together with partners like DIMATE to change this,” said Kersten Alward, head of the Pfinder’s NDT business unit. Today, not only digital image data but also digitally available, structured data, such as that for penetration and magnetic particle testing, are relevant for applications in the so-called Industry 4.0 – e.g. predictive maintenance.

Here the adaptation of the workflow is decisive – whereby visual inspection can be accompanied by the use of a camera. Kersten Alward cannot yet say how this would look in practice, on the one hand because there has yet to be a final definition of the processes. On the other hand, he does not want to fully disclose the plans. “Our aim is not only to digitalize the testing but also to be a component in this process. We have recognized that digitalization of both testing procedures is still a neglected field and we want to be part of the solution.”

Alward is convinced that digitalization has advantages for inspectors and operators even for penetration and magnetic particle testing – otherwise Pfinder would not be passionately engaged in solution development. For example, Kersten Alward considers the time saved by automatically generated reports rather than individually written as a big plus. Also, data security is higher with digital data – a test report cannot get lost so easily.

The first digital test procedures could be launched in the market three years hence. One challenge could be to convince inspectors to accept the new procedure. Here too Kersten Alward is optimistic: “A change has already occurred with other testing methods, meanwhile accepted. X-ray and other methods are clearing the way for us in the matter of digitalization and reducing the reservations held against new technologies.”

Would you like to find out about the advantages of digitalisation for your company? Our experts will advise you for free.

Would you like to find out about the advantages of digitalisation for your company?

Send us your name, email address and your desired date for a free consultation.