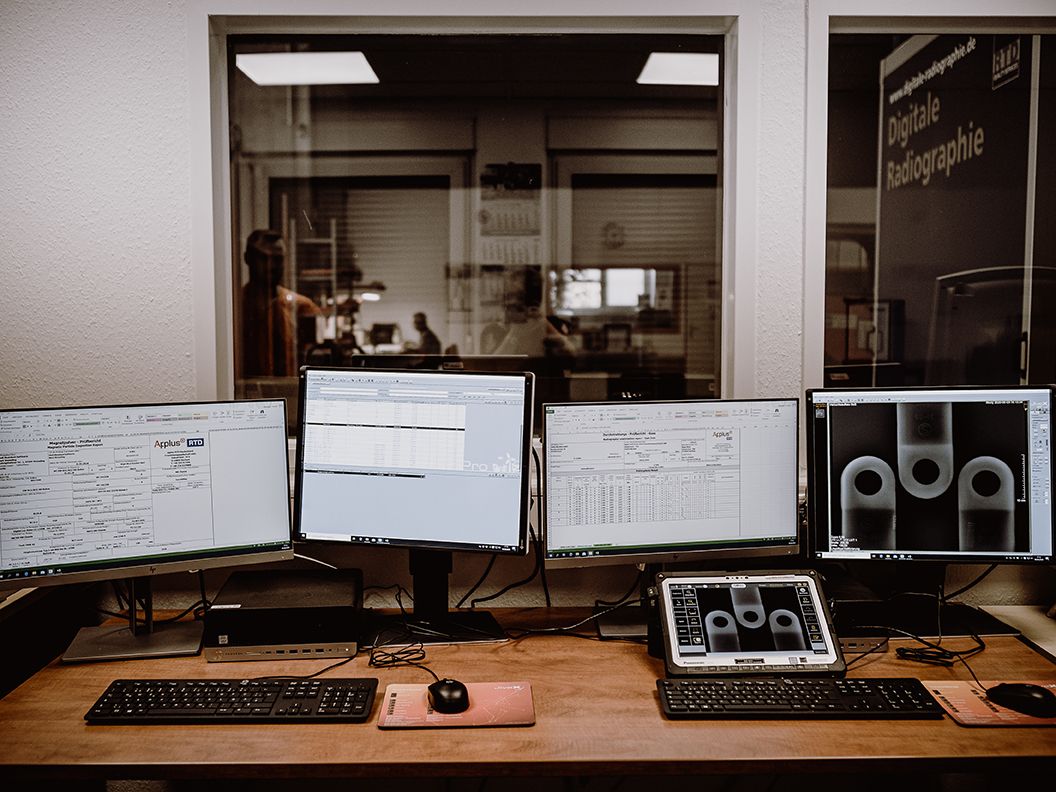 Applus+ RTD Germany, headquartered in Bochum, is not only Germany’s largest NDT provider but also the most daring one. In cooperation with DIMATE GmbH, Applus+ RTD has transitioned their processes from analog to digital.

This is a truly pioneering endeavor as there is hardly a comparable digitalization project in Germany. “Very few industries are as untouched by digitalization as non-destructive testing. In the medium term, this will become a problem. Already today, qualified testers are difficult to come by. Moreover, time and cost pressure will be increasing and the requirements regarding processes as well as documentation will become tougher. I am convinced that we have to go digital in order to be able to maintain the quality of NDT. Digitalization creates transparency and transparency creates trust”, says Dr. Michael Neiser, managing director of Applus+ RTD Germany. The so-called Region West is the stage of this huge project which encompasses digitalization of several refinery sites in Germany plus the Bochum headquarters.

The importance of digitalization

How can digitalization solve the challenges the industry is facing? And is it really worthwhile to turn a complex process such as NDT upside down? Michael Neiser explains: “We need to understand that digitalization is more than – to put it crudely – copying numbers into an Excel sheet. It is about rethinking processes which requires guts, the willingness to create an entirely new approach, and last but not least a technology partner who offers three key strengths: experience, know-how and technological innovations. This is why we chose DIMATE as our partner. As far as I know, DIMATE is the only company that approaches digitalization of NDT along the entire chain up to the digital life-time documentation. And that’s exactly where we want to go.”

The testing process that Applus+ RTD is implementing at the pilot site is as follows: Firstly, order processing is fully digitalized. Via an interface between the customer data base and the Applus+ RTD system all relevant parameters of the test order are transmitted. Capacity planning and scheduling is based on these data. Approval and confirmation processes are also automated. The high degree of automation means time saved as signatures don’t have to be obtained manually and one by one. Even more: with a few mouse clicks different aspects of the test project such as scaffolding, exposure angle, etc. can be accessed.

“All tasks in connection with order intake and order processing are performed by an information system which then transmits the order to our image data management system DIMATE”, explains Peter Rosiepen, managing director of DIMATE GmbH.

Once the data are ingested in DIMATE, the interesting part begins. While conventional silo solutions, e.g. those provided by manufacturers of digital x-ray systems, cover only a specific issue, DIMATE takes care of the image data managementof the entire test equipment, no matter what the image sources or the test objects are, no matter who the manufacturer or the user is. For short: the entire image data management for Applus+ RTD is performed by a single software package. “This offers several advantages for us: firstly, we increase standardization as well as transparency and efficiency in the testing process. This in turn increases quality. Secondly, the company-wide single-system solution allows us to network the different customer sites. In the medium term we want to collect the data of all 18 sites and centralize the analysis of the test images in order to better allocate our test resources”, says the Applus+ managing director.

The DIMATE image data management system increases efficiency as well as data security for Applus+RDT. In order to be able to process the image data acquired by different devices from different manufacturers DIMATE converts all image data to the internationally recognized DICONDE format. This format ensures compliant processes, as Peter Rosiepen explains: “DICONDE is a so-called revision safe format. Thus, if push comes to shove the data stored in DIMATE can hold up in court.”

Michael Neiser: “It is conceivable to archive not only image data but also other data and documents in DIMATE. Thus we would have a fully digital and centralized life-time documentation of a component or a facility which contains all data, images, reports and drawings. This is indeed our long-term goal.” The customers would benefit as well as they would be able to access the data stored in DIMATE, for example in order to optimize test and inspection processes.

For Applus+ RTD that’s not yet in the wings, but the foundation is being laid with the pilot project in Region West and the subsequent roll-out of DIMATE to all sites. Michael Neiser is happy that “we took on this pioneering task because in the future we will be able to offer our customers unbeatable modern, safe and future-proof NDT services”.

Would you also like to digitalise your NDT processes? Simply request a free consultation with our experts:

Would you also like to digitalise your NDT processes?

Send us your name, email address and your desired date for a free consultation.